Top 5 Markets for Multifamily Investment in 2022

After the roller coaster ride of 2020 came to an end, multifamily investors benefited from unprecedented growth in virtually every major market across the country. Rent growth finished 2021 at a stunning 12.5% nationwide, according to a report from Arbor, with many metros — particularly those in the Sun Belt — performing even stronger.

This has led to a shift in multifamily investment dynamics. While core, gateway markets like San Francisco, New York, and Los Angeles will always draw significant capital, this does not always correlate strongly with investment returns, which have lagged the national average in most primary markets.

If you’re looking for your next multifamily real estate investment — or even your first — you could do worse than picking a location in the Sun Belt. But no two metros have the same dynamics, and some are far riper for investment opportunities than others. Check out which five metros made the list for multifamily investment below.

This ranking was determined by scoring data for 20 top multifamily markets in the U.S. from several reliable sources. Yardi Matrix projected rent growth figures for 2022. The Bureau of Labor Statistics provided employment and income data. The National Association of REALTORS® reported on median home prices by metro, and Newmark provided information on multifamily returns. 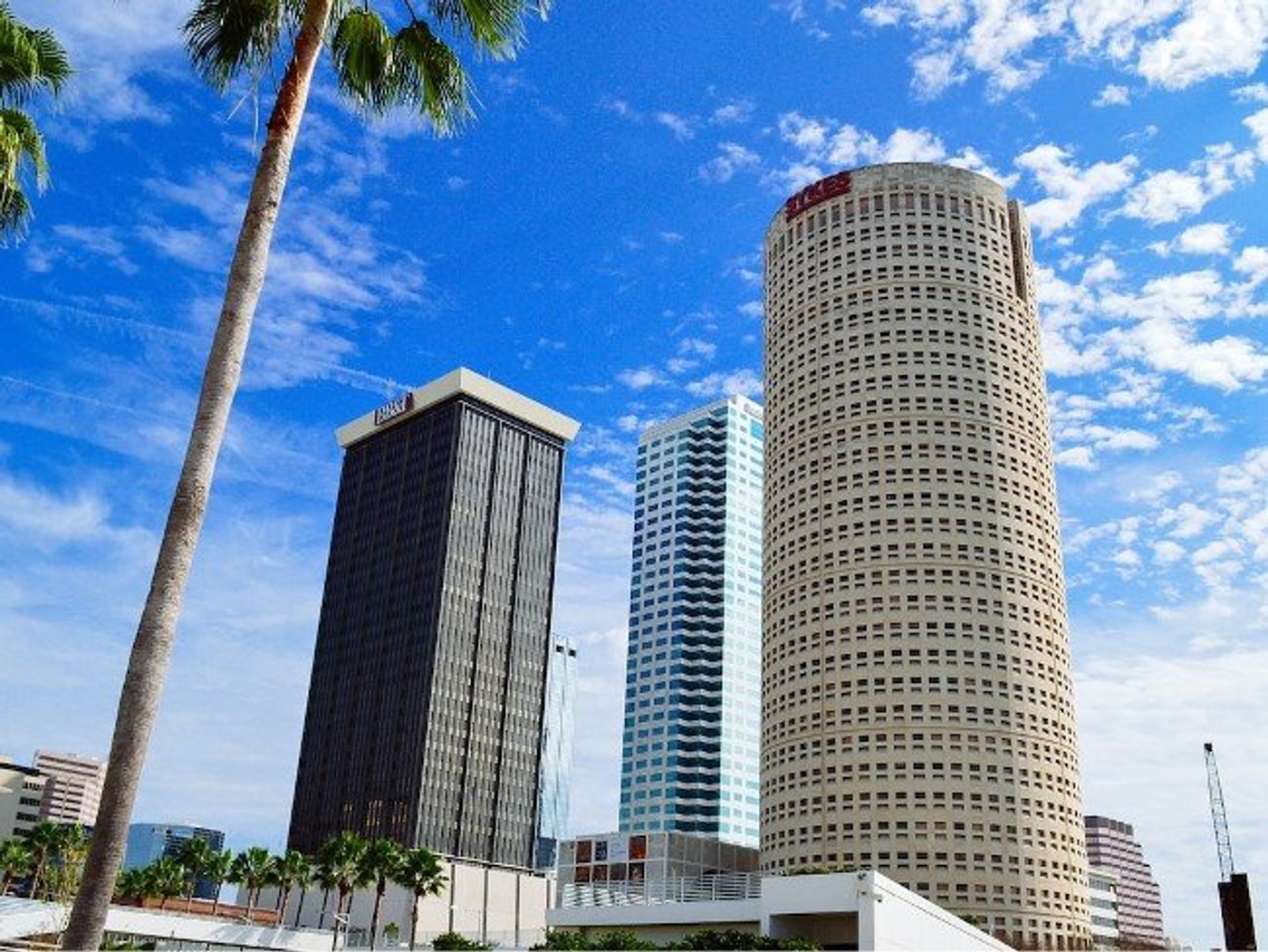 Image by Chalo Garcia from Unsplash.

One of three Floridian markets on our top five list, the Tampa Bay market has become increasingly attractive in recent years. Rents have been swiftly rising here, as in all Sun Belt metros, and they’re expected to end the year strong. A Yardi Matrix report forecasts rent growth of 10.2% for the calendar year. While a slowdown in growth is inevitable, a steady influx of people during the pandemic will keep rents growing faster than at the national level. And multifamily property values reflect that, as highlighted by the Tampa Bay Business Journal in May this year.

It isn’t just multifamily assets that are pricing themselves higher and higher, though: Single-family home prices increased by a staggering 28% between the second quarters of 2021 and 2022, as described in a report by the National Association of REALTORS®. Although rising borrowing costs may have a chilling effect on future increases, it is unlikely that homeownership will significantly increase in the near term. 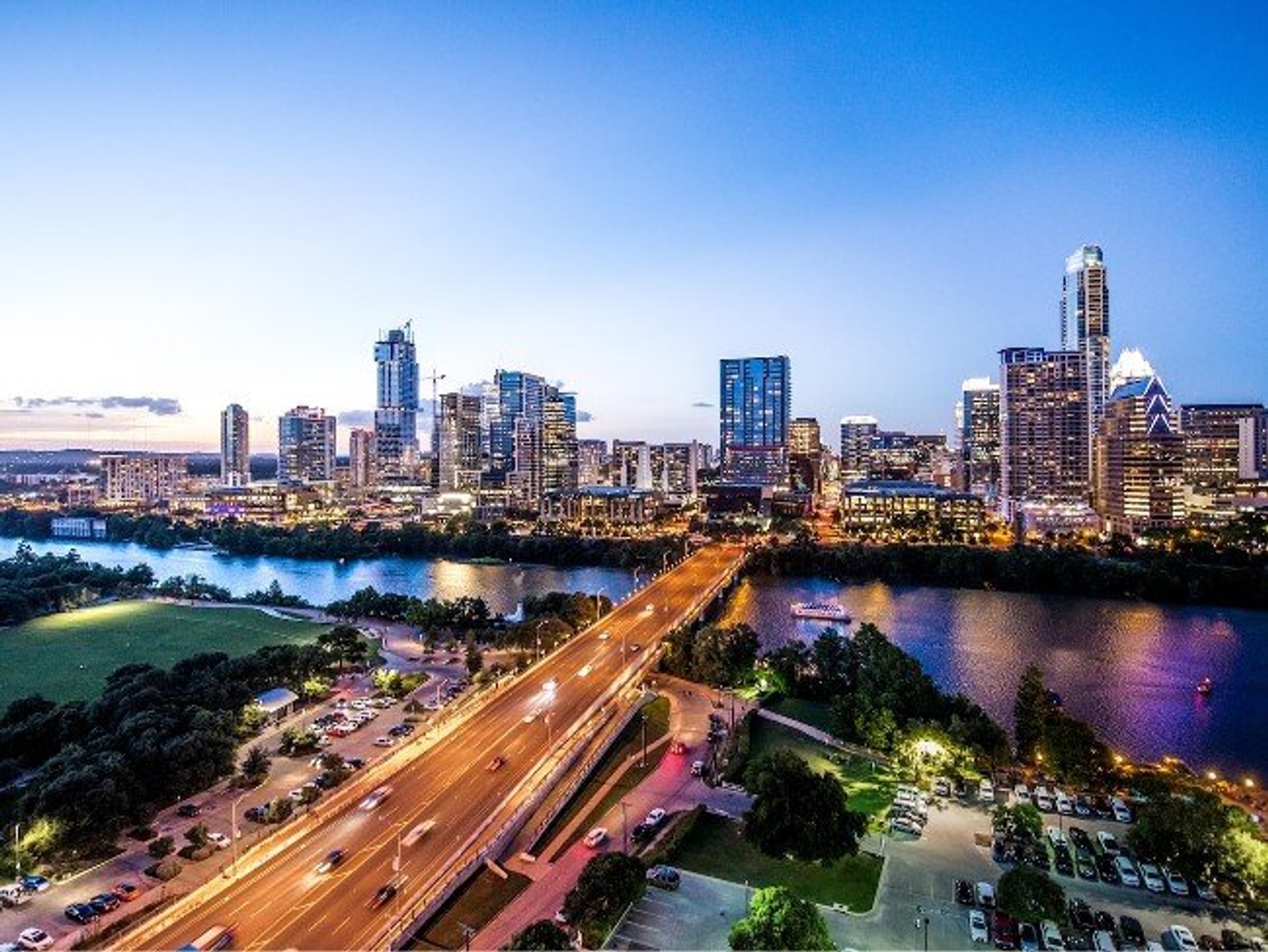 Image by Carlos Alfonso from Unsplash.

Nearly everyone in the multifamily space has been talking about Austin for years. And for good reason: The major shift of companies and young professionals to the area has transformed Texas’ capital in many ways. A second-quarter report from Marcus & Millichap touches on Austin’s growing affordability issues, and how this is a boon for multifamily investors.

While Austin’s relatively strong rent growth is likely to continue for a while longer, owing to ever-strong multifamily demand. Employment growth will keep pace, up 6% year-over-year in July, according to the Bureau of Labor Statistics. What this high-level figure doesn’t illustrate, however, is the rate of growth in higher-wage office-using employment, which increased by 9% during the same period. 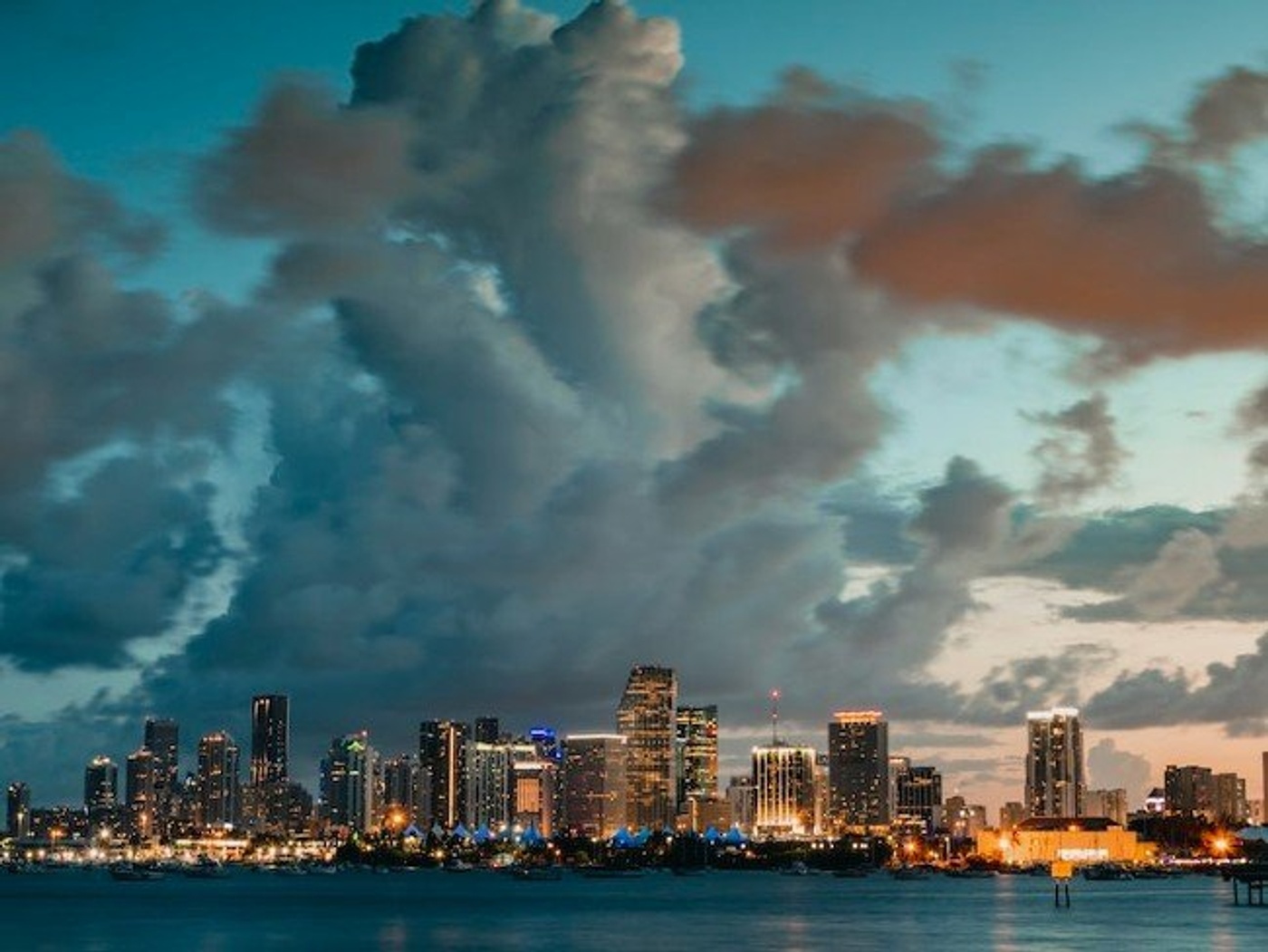 Image by Gautier Salles from Unsplash.

While many gateway markets have trailed behind faster-growing secondary markets, Miami stands out as the exception. Particularly in terms of luxury rentals, South Florida is on fire: More than half of the multifamily assets traded in the first four months of the year were upscale communities. And pricing has exploded, with properties transacted during that period averaging north of $300,000 per unit.

While it may be more expensive to buy in Miami today than it was a year ago, Newmark reported that total annualized returns at the market level hovered around the 35% mark in the first half of 2022. And rents are set to continue climbing into the double digits by the end of the year, owing to demographic shifts, ongoing corporate relocations, and a relatively limited amount of construction activity. 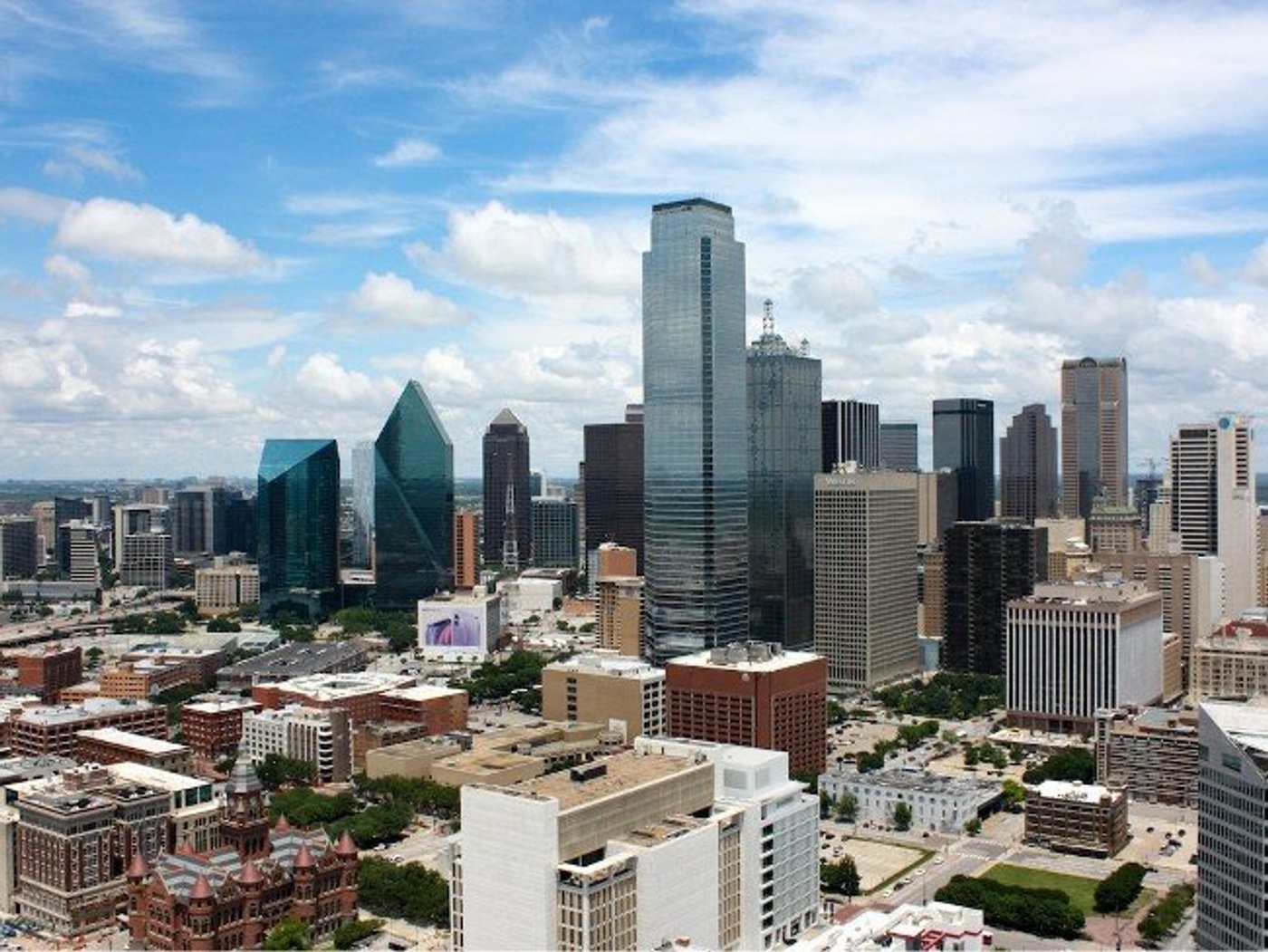 Image by R K from Unsplash.

The Dallas-Fort Worth metro has long been one of the fastest-growing metros in the U.S., and as a result, it boasts one of the strongest multifamily markets in the country. Thanks to a flood of corporate relocations in the past five years, the metro — and particularly Dallas’ northern submarkets — has transformed.

Although multifamily development activity has historically kept pace to some extent with increasing demand, new deliveries only accounted for 2.6% of inventory in August, the report from Yardi Matrix shows. This could be an early sign of vacancies falling more rapidly, which will serve to accelerate rent growth, already set to hit 11.7% for 2022. 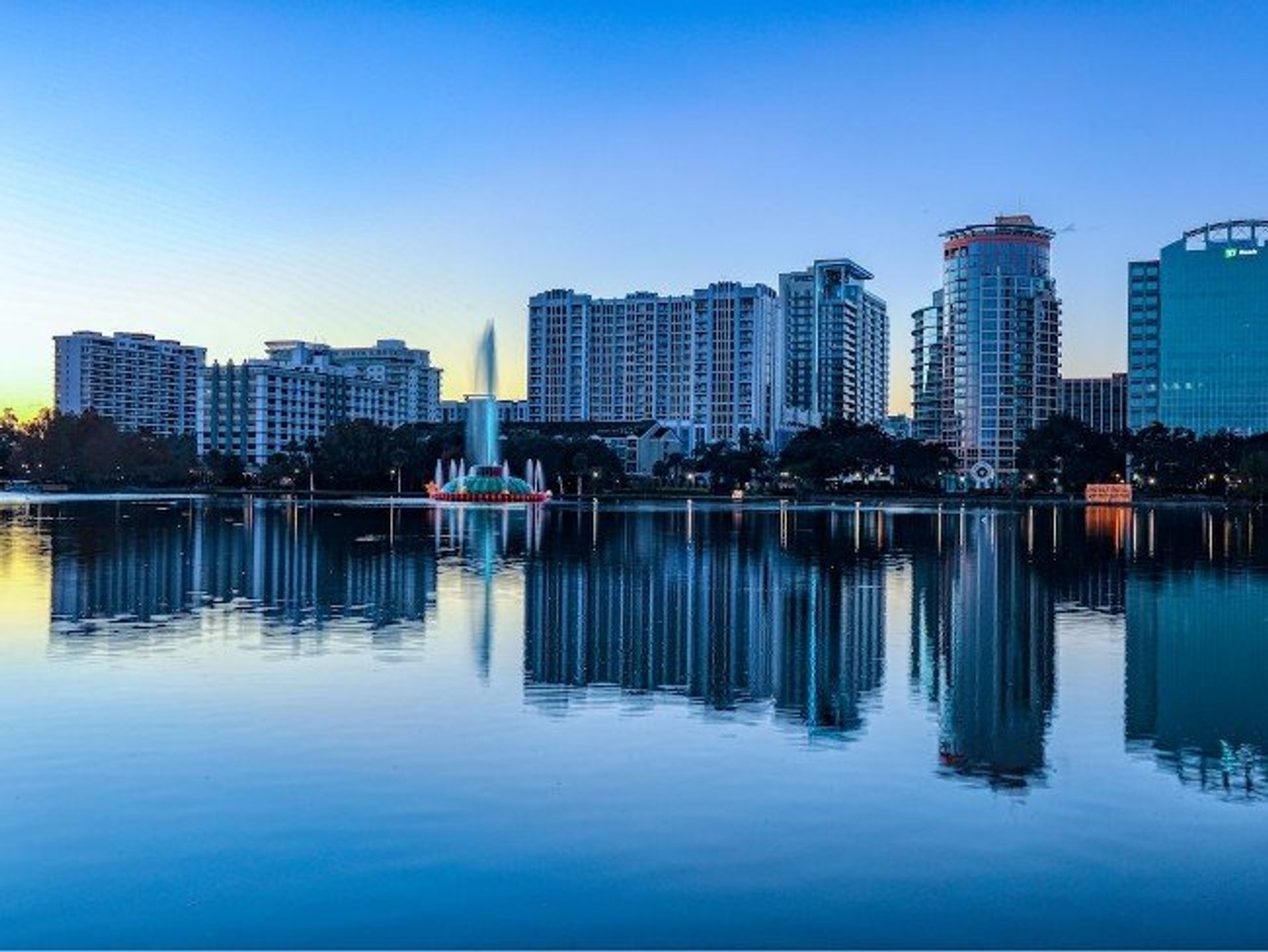 Image by Mick Haupt from Unsplash.

The top market on our list, Orlando, is firing on all cylinders. While it’s true the metro had its share of challenges early on in the pandemic, as its well-known theme parks shut their doors for an extended period, there are few lingering effects of this on the local economy today. Unemployment stood at 3% in July, 50 basis points tighter than the national figure. And although employment in the leisure and hospitality sector has yet to fully recover to pre-pandemic levels, the sector reported job growth of 14.4% over the year through July.

Multifamily investments have performed strongly in the past year in Orlando, and all signs indicate this will continue. The previously mentioned Newmark report pegged annualized returns for the market at an impressive 30.4%. Although multifamily sale prices have seen a serious uptick, they still may have a long way to go. This is particularly true in light of major infrastructural changes coming, like the Brightline’s expansion to the city, set for completion early next year.