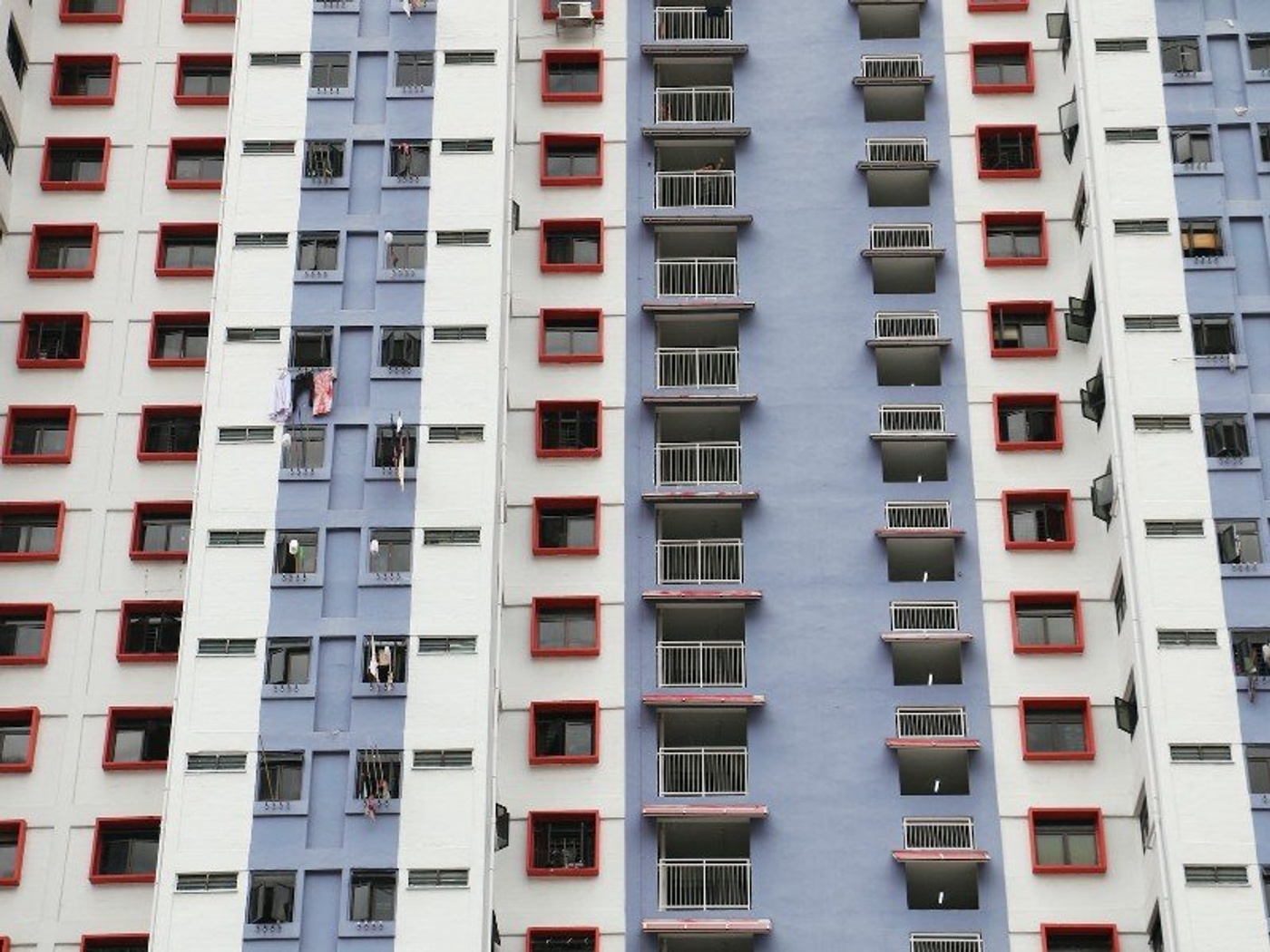 Image by Seth Merlo from Unsplash

It’s hardly news that there’s a housing shortage in the United States. While there are a few cities — mostly coastal ones — which are often pointed to as the most critical examples, the truth is that virtually every major city in the nation is short on housing. Some markets, however, are facing far more severe shortages than others.

What does this mean for a multifamily investor or developer? Two things spring to mind.

First, as any armchair economist can tell you, when high demand intersects with low supply, prices tend to go up. That’s true for rental rates as well as property values. If you own a multifamily asset in a supply-constrained market with massive demand, you’re probably at least reasonably happy with the community’s performance. And that will likely hold true in a recession, when new development activity tends to slow.

This isn’t universally true, of course. If you own or operate a luxury community in a market where the demand is nearly all for workforce housing, you might be left holding the bag on a property plagued with vacancy issues.

The second thing? If you’re a developer, you can get a good read on market fundamentals. High demand, low supply? Sounds like a good place to break ground on your next project. Of course, any developer worth her or his salt will need to look a lot deeper than just a lack of supply — rising construction and financing costs, coupled with other development activity, could make a proposed multifamily property less of a lucrative play.

Multifamily Loans calculated which 10 markets had the greatest housing shortages, based on data provided by the National Apartment Association and the National Multifamily Housing Council. This data set breaks down housing needs across 50 markets nationwide.

We’ve blended the number of units needed in each metro, combined with the amount of dated inventory (for the purposes of our calculations, we classified any property built before 1980 as “dated”). The results, presented below, show the markets not only most in need of new construction but also in need of updates to existing inventory, like significant renovations.

The 10 Markets With the Greatest Need for New Housing

There are a couple main reasons a market can have a housing shortage: Either inventory isn’t being built, or people are moving to the metro too fast for developers to keep up. Phoenix falls squarely in the latter category. The city has had strong population growth in recent years, due to both domestic and international migration and corporate relocations and expansions.

The supply of housing has not been able to keep up with this demand, hence its place on our list. The market needs approximately 9,000 new units per year to meet the needs of its current and future residents. Nonetheless, development has been robust in Phoenix. Only about one-fourth of the metro’s inventory is more than 40 years old. 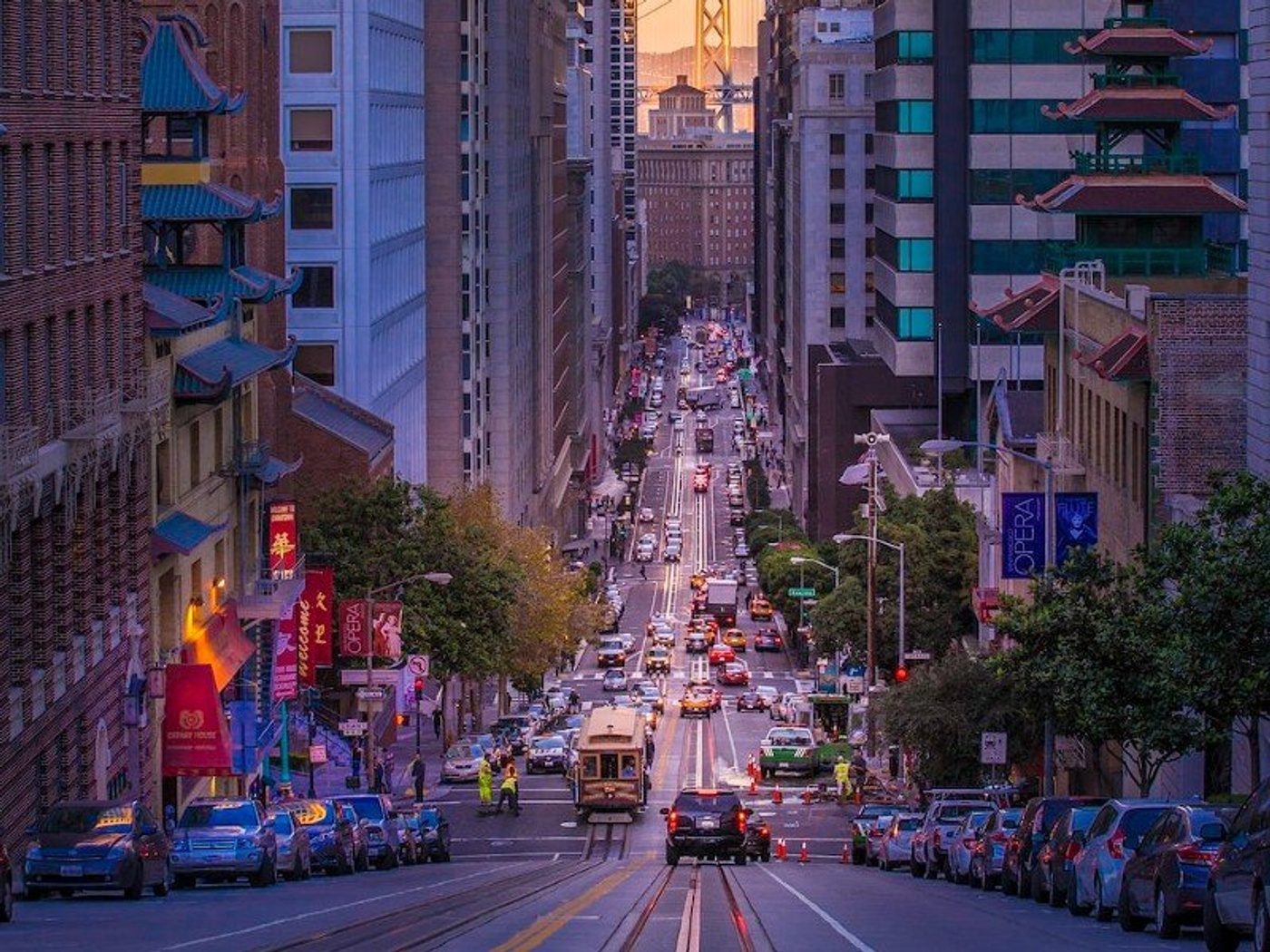 Image by Rezaul Karim from Unsplash.

San Francisco is another market that has been facing a pronounced housing shortage. Unlike many others on our list, this problem dates back to the 1990s. The metro’s population has by no means expanded as fast as Phoenix’s, but — unlike Phoenix — development in the Golden City has remained comparatively slow.

Why? Some point to onerous restrictions on development and zoning laws, which have tested the patience of many multifamily developers for years. Though San Francisco needs an estimated 4,000 units added per year — the lowest on our list — nearly two-thirds of the market’s supply, adding up to more than a quarter million units, was built prior to 1980.

Seattle’s housing shortage is often characterized by the lack of affordable housing, but in truth the market may be improving. The Seattle Times reported that 36% of Seattle households were burdened by the cost of housing in 2021 — meaning they spent more than 30% of their total income on housing. That’s undoubtedly not a great figure, but it’s a marked improvement from the 41% reported in 2010.

The city is taking steps to create more housing, but many say it isn’t enough. Last year’s investment in affordable housing was $153 million. While that may sound like a lot of money, in real terms it translates to fewer than 2,000 units — and Seattle needs an estimated 7,000 new apartments per year. 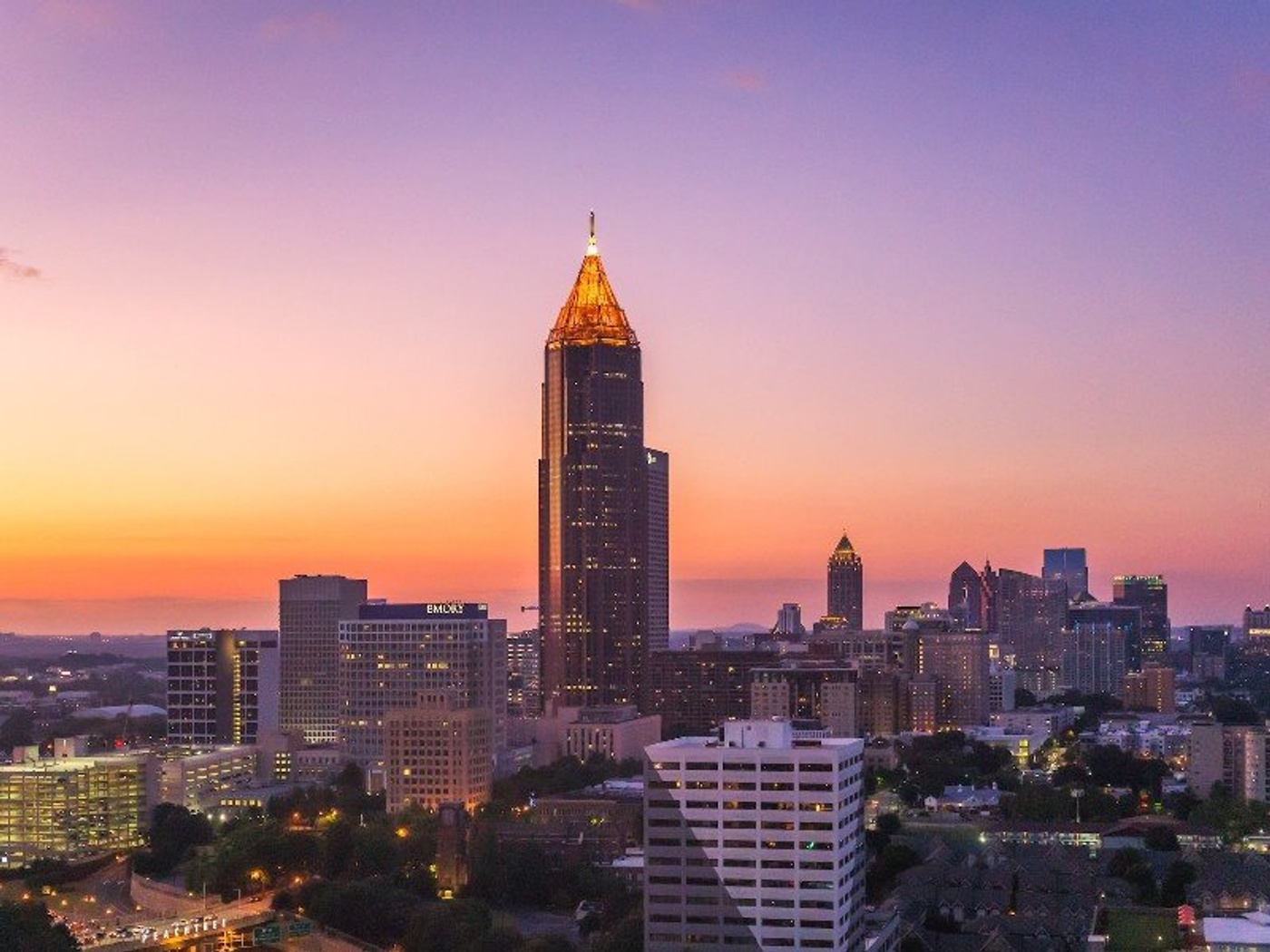 Image by Brad Huchteman from Unsplash

A Sunbelt investor favorite, Atlanta has seen a population boom in recent years, leading to rapid rent growth across the quality spectrum. The metro, home to many healthcare, finance, and tech jobs, has also had a significant amount of multifamily development. Close to 65,000 units have delivered in the past half decade, according to Yardi Matrix — but is it enough?

Maybe. The data from NAA and the NMHC peg Atlanta’s need at 8,000 new units per year. While development activity does seem on target to exceed this goal right now, the increasing costs of financing may give developers pause before breaking ground on new communities.

Life has gotten expensive in Miami. Realty Hop ranked the city as the least affordable housing market in the United States in November. The average resident, the report states, would need to pay upwards of 85% of their income to actually afford a home. What’s worse, the market is consistently getting even less affordable.

To this point, development of new market-rate and affordable housing is in dire need in Miami. But it’s tricky: There’s a lack of developable land, and costs are generally so high that many developers are only willing to commit to luxury rentals or condos. The city needs an estimated 7,000 units per year.

It should come as no surprise that the nation’s capital — traditionally one of the metros with the highest rents — is in need of more housing. Washington, D.C., hasn’t seen the population gains of some of the other markets on our list, but supply has been significantly constrained for a long time. This has occurred through restrictions on development, not to mention cost.

But the city has also badly mismanaged its public housing. A federal audit of the District of Columbia Housing Authority found in 2022 that about one-fifth of the District’s public housing units were vacant. The reasons were varied — many were left in disrepair and deemed uninhabitable due to black mold, others simply weren’t matched with housing applicants — but the result is the same: There’s an incredibly strong need for more affordable housing in the capital. 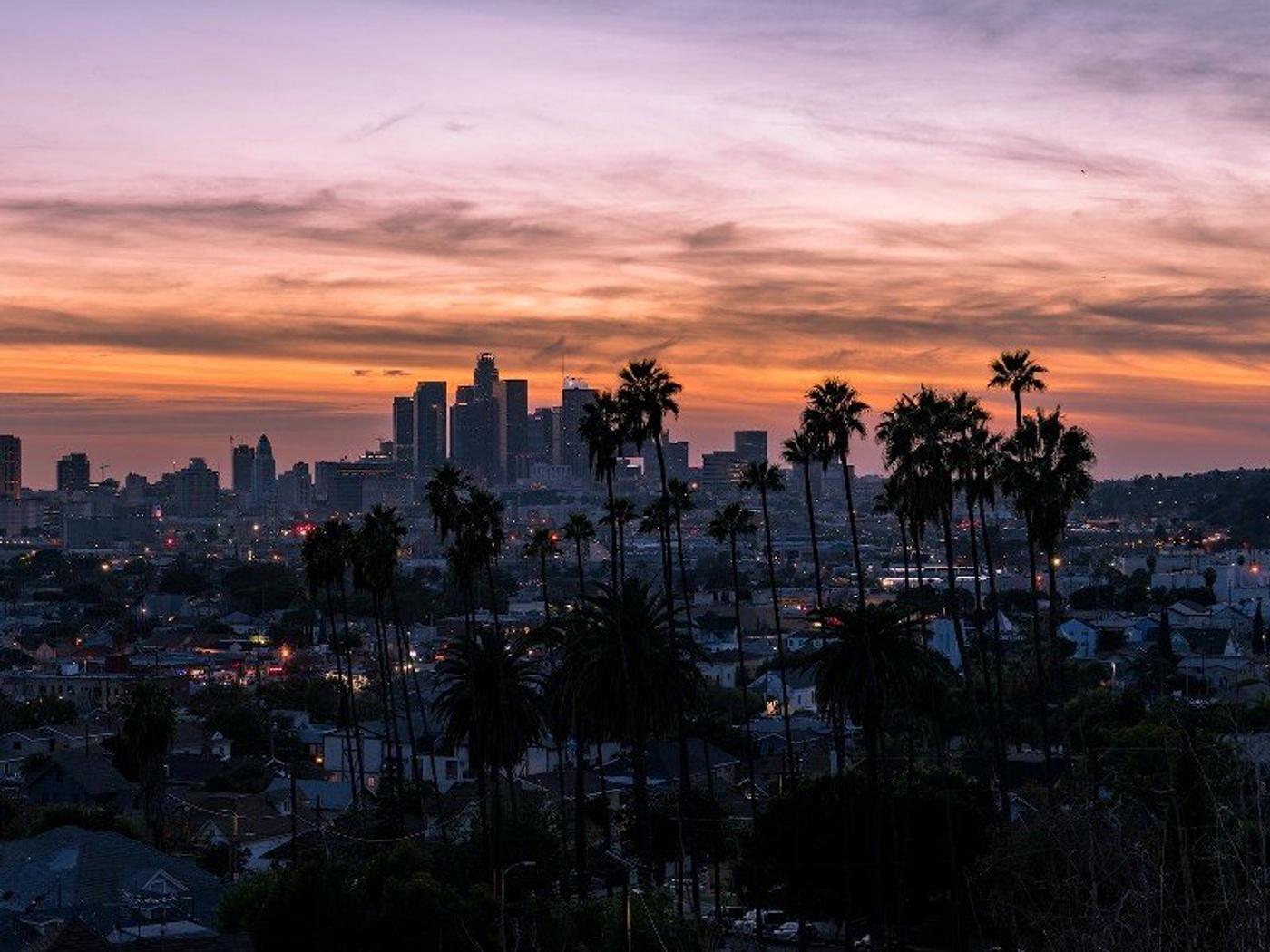 Image by Sterling Davis from Unsplash.

Like Miami, Los Angeles is incredibly expensive, and housing supply just simply isn’t there to meet the needs of the population. The metro needs an estimated 6,000 units added each year, but the existing inventory is also largely dated. Nearly 60% of L.A.’s multifamily units were completed before 1980.

So: What’s holding the City of Angels back? It doesn’t appear to be money: The state reported a budget surplus of $97 billion in 2022, and it has chosen to invest some of that into the development of housing solutions. The problems are more to do with a dearth of space to build new communities, not to mention the approvals and legal hurdles many apartment developers must jump through. The crisis here will very likely get worse, however, due to Los Angeles’s aging housing inventory.

Houston is another market that has been facing a growing housing shortage. The city has seen relatively strong population growth in recent years, and employment gains hit 6.2% over the year through August, according to the U.S. Bureau of Labor Statistics. The largest gains occurred in oil and gas jobs, playing to Houston’s strengths.

Along with that growth comes the need for more housing of all kinds — not just luxury developments, which have dominated Houston’s construction pipeline. Data from the NMHC and NAA indicate the metro needs 15,000 new units per year. The metro has historically been relatively easy to develop in, thanks in part to its lack of formal zoning regulations. However, with slower rent growth than most major cities, developers have tended to flock to other markets.

The Dallas–Fort Worth metro has exploded in population growth in recent years. Collin County, on Dallas’s north side, had the second-highest increase in residents in 2021, according to U.S. Census figures. With all these demographic shifts, it’s no surprise that the market needs more housing.

And housing is on the way: In May of this year, there were 47,011 units under construction, according to a metro report from Yardi Matrix. Of course, not all of these projects will wrap up in the next year or even two years, and the need for more rental properties is acute. The market needs an estimated 19,000 units added per year to meet residents’ needs. 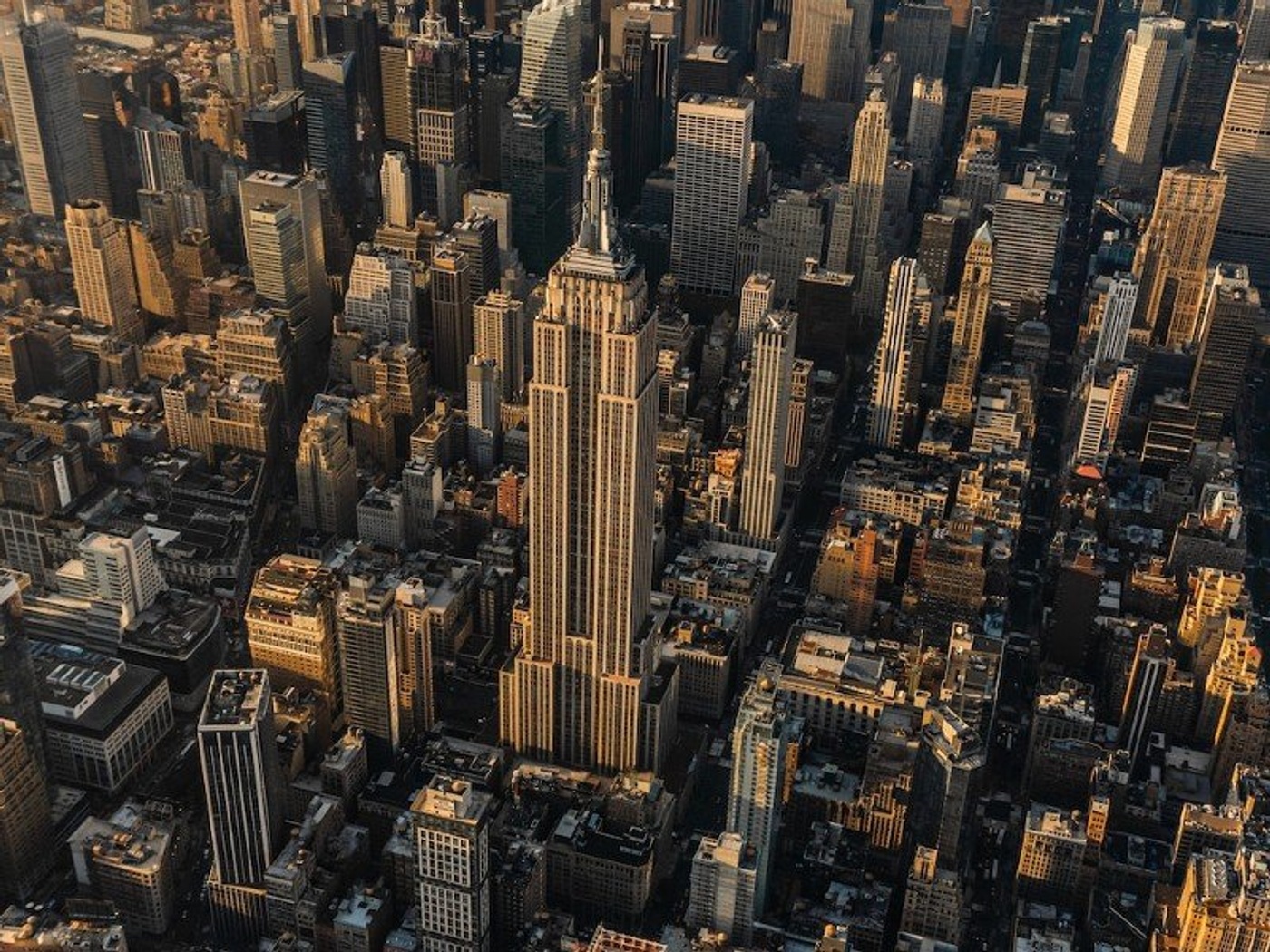 Image by Triston Dunn from Unsplash.

It’s really no surprise that New York City tops the list, is it? The city is almost synonymous with housing shortages, thanks to decades of slowing development activity. Today, the nation’s largest city is burdened with high development costs, long approval processes, and an increasing scarcity of land.

The metro’s biggest challenge may be the age of its inventory. Consider that nearly three-quarters of New York City apartments are more than four decades old. That calculates out to about 1.7 million old units — many in dire need of renovations to stay competitive. Combine that with the need for 10,000 new units per year, and it’s easy to see how the housing shortage here has come about — and how it will likely further deteriorate without significant investment and development.